Disney World is kicking off 2012 with their biggest promotion of late, offering a free room night and one day park ticket for stays between February 26 to March 10, 2012.

The special coincides with another milestone at DW. For the first time ever, the park will stay open for 24 hours on February 29th through March 1st. This Leap Year celebration gives families two great incentives to book their vacation in late winter.

Details for the “One More Disney Day” are as follows…
– Purchase of a non-discounted 3-night, 3-day Magic Your Way package is required for eligibility.
– Reservation arrivals must be between February 26 to March 10, 2012.
– Booking must be secured by January 31, 2012.
– Free park tickets are added to your package ticket and must be used within 14 days of initial use.

Details for the Leap Year 24 Hour Celebration include…
– Magic Kingdom Park will be open for 24 hours beginning at 6am on February 29, 2012 through 6am on March 1, 2012.
– Extended hours are valid only for those staying at select Disney Resort Hotels.
– Only select attractions will be open beyond normal park hours.
– Free admission from the One More Disney Day promotion does not have to be used on this day. 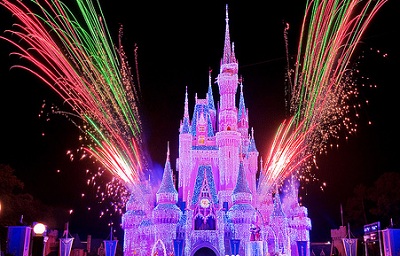 Now if you are planning to visit during this time you actually have two discount offers to choose from. You can also opt to save 20% to 30% on Disney Resort Hotels. Special rates are available for most nights between February 21 to March 31, 2012. To secure these rates you must book by January 22, 2012.

Overall, news of the One More Disney Day deal is a good sign for everyone planning a 2012 Disney World Vacation. Even though this particular promotion is only valid in late-winter, it shows that DW is once again getting creative with their discounts. Last year was kind of a ho-hum year when it came to travel incentives. Hopefully this is a sign that 2012 will feature exciting offers like the ones from 2009 and 2010.