Once the dust has settled from Christmas and New Year’s many families start looking ahead to their 2012 vacations. This is a good time to plan a Disney World trip since their reservation calendar for each year opens on January 1st.

This means you can make reservations for any trip between January through Christmas 2012 beginning on the first of the year. In fact, you can already find discounts on resort stays between February 21 to March 31 and April 13 to June 14 if you book before January 22 and February 28 respectively. Discounts include… 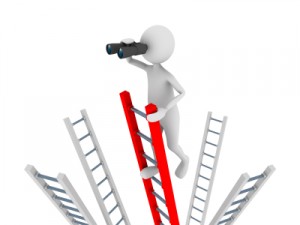 As the year goes on you’ll find similar deals like this posted for summer, fall, and spring. The only catch is that you have to make your reservation after each promotion goes live but before the posted booking deadline. Usually you get about 45 days to take advantage of room rate discounts.

Now if you are searching specifically for the best deals then you’ll want to visit during the off-seasons. As you would expect, these are the time periods throughout the year where kids are in school. This makes it hard for some families, but if you are traveling to Orlando for business during the school year it might be worth it to save money and beat the crowds. You can read more about the best times to visit Disney World here.

Two of the most popular times to visit Disney World are Halloween and Christmas. For Halloween, you should consider waiting until mid-August to book. This is typically when the final details are posted for “Mickey’s Not-So-Scary Halloween Party.” This special event runs approximately 3 times a week (mostly on Tuesdays, Thursdays, and Fridays) beginning mid-September and ending on November 1st. For the past two years Disney has offered free dining packages and room discounts to coincide with the Halloween booking season. This should be enough incentive to wait until late summer to book your fall trip.

Planning for your 2012 Christmas trip should be completed around the time school begins. Oddly enough, the dates for “Mickey’s Very Merry Christmas Party” are often announced before the Halloween party dates. Festivities are held from 7pm to Midnight four nights per week (mostly on Tuesday, Thursday, Saturday, and Sunday). Last year the Christmas events ran from November 8th through December 18th. Free dining packages were offered for trips booked between November 26 – Dec 1 or Dec 10 – 15.

Beyond public promotions and special events, you can also qualify for special rates through Bounceback Offers and PIN Codes. There are also discounts for members of the Military and AAA members. In each of these instances you will have a certain booking window available to take advantage. The bottom line here is don’t get too anxious when reserving your vacation dates as there are plenty of hot deals left to be released through 2012.

Does Disney World Offer Payment Plans?
Fun Ways to Save for a Disney World Vacation
Find Out Where Kinds Eat Free in Orlando
What are Bounceback Offers?
AAA Discounts at Disney World
Is the Disney Dining Plan a Good Deal?
Stay Away from Used Disney Tickets
How to Make Disney World Affordable
Using Groupon to Save in Orlando
Protect Yourself from these Disney Vacation Scams